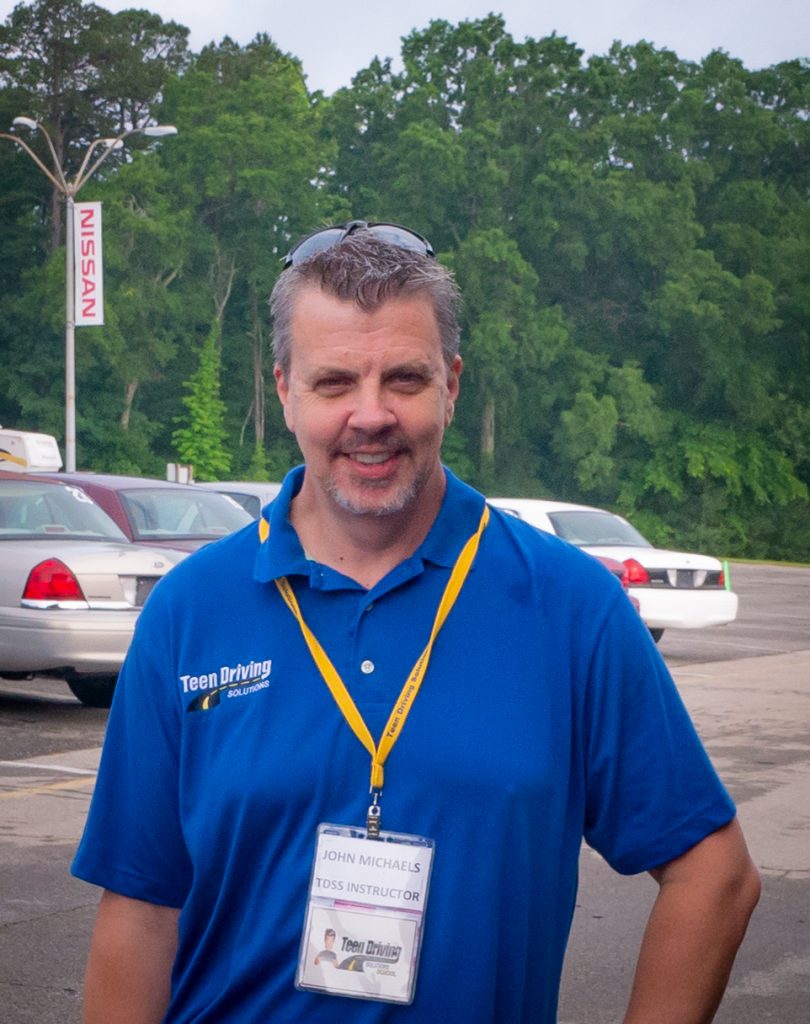 Growing up in Upstate New York, which is notorious for its horrible icy winters, you either learned car control skills quickly, or you wound up dead shortly thereafter. After moving south, he discovered the 318 turns of the infamous “Tail of the Dragon” which he loves to carve in his sweet Audi A5.  When not zipping through the kinks, he’s out on the links swinging a driver, iron, or putter.  To pay for the fun times, John owns an engineering firm that builds custom factory automation systems for various manufacturing plants.

John initially became involved with Teen Driving Solutions as a parent when his daughter Colleen was ready for her driving permit. Two of her classmates had already been killed in car crashes, and he wasn’t about to let her suffer the same fate.  After his daughter graduated from our school, he was so amazed at the skill and confidence she demonstrated behind the wheel, he felt compelled to join our team of instructors and help other teens acquire the car control skills his daughter had.

The following year, John’s son Jeffrey joined his older sister as an alum of Teen Driving Solutions. Both of John’s kids are now safe, highly skilled drivers.  He would be happy to give your teen the same capabilities his kids have, and you, the parent, the same peace of mind he now enjoys.